The People and the Text: Indigenous Writing in Northern North America to 1992 is collecting and studying one of the most neglected literary archives in English Canada, an archive neglected because settlers used literature to consolidate a narrative of Canada starring the British-descended resulting in university curricula that featured the British canon.

Rather than subject this archive to the typical methods of a field that until recently has ignored or appropriated Indigenous intellectual production, we ask how it might be possible to work out specifically Indigenous literary research methods to study it.

We know that postcolonial theory devised a new framework for approaching the written literatures of colonized peoples and we know that other disciplines have devised research ethics that emphasize the right to participate in and benefit from research (in Health it is the 4 R's: respect, reciprocity, relevance, and responsibility; in data collection it is OCAP: ownership, control, access, possession). Indigenous and settler scholars of oral story have begun this work in particular communities (e.g. Armstrong; Archibald; Cruikshank; Wickwire). What we do not know yet is how to transform typical literary method so that it fully takes into consideration the specific intellectual traditions and genres of Indigenous literatures. Nor have we established "promising practices" for literary scholars to enable research that is responsive and responsible to relevant Indigenous communities and individuals.

Aboriginal research methodologies and literary criticism have developed along divergent tracks, mainly because literary scholars typically do not work with or hold themselves accountable to the communities that produce the literature they study. Our project will bridge this gap to produce the most comprehensive literary history of the period and new ways of training literary scholars by consulting and working collaboratively with specific Indigenous communities. Our first test case will involve consultation with members of both the Grand River Six Nations and the Squamish Nation to examine their interests in the work of Mohawk poet E. Pauline Johnson in collaboration with members of the newly founded Indigenous Literary Studies Association (ILSA).

The proposed research has four objectives: 1) a collaborative literary history of Indigenous texts; 2) a manual on Indigenous research methods and protocols for literary scholars; 3) a sustainable open-access bibliography of Indigenous texts and related secondary materials including a curated blog and the on-line publication of texts, where legally and ethically permissible; 4) regular forums including training as part of the annual meetings of ILSA to promote work on the growing bibliography and to investigate models for working responsibly with community.

This project will produce an annotated bibliography of all relevant writing and critical resources up to the year 1992, including preliminary work in French; when such distribution is legal and in keeping with Indigenous ethics and protocols it will make the original literary texts openly accessible. Some works will be digitally published for a select audience—typically Indigenous communities--for their own use. While this project will encourage further research in a neglected area, it will bring together scholars in collaboration with communities to establish ethical guidelines to train a new generation of scholars and to make best use of new web technologies to open up the literary past of Indigenous writing in northern Turtle Island. 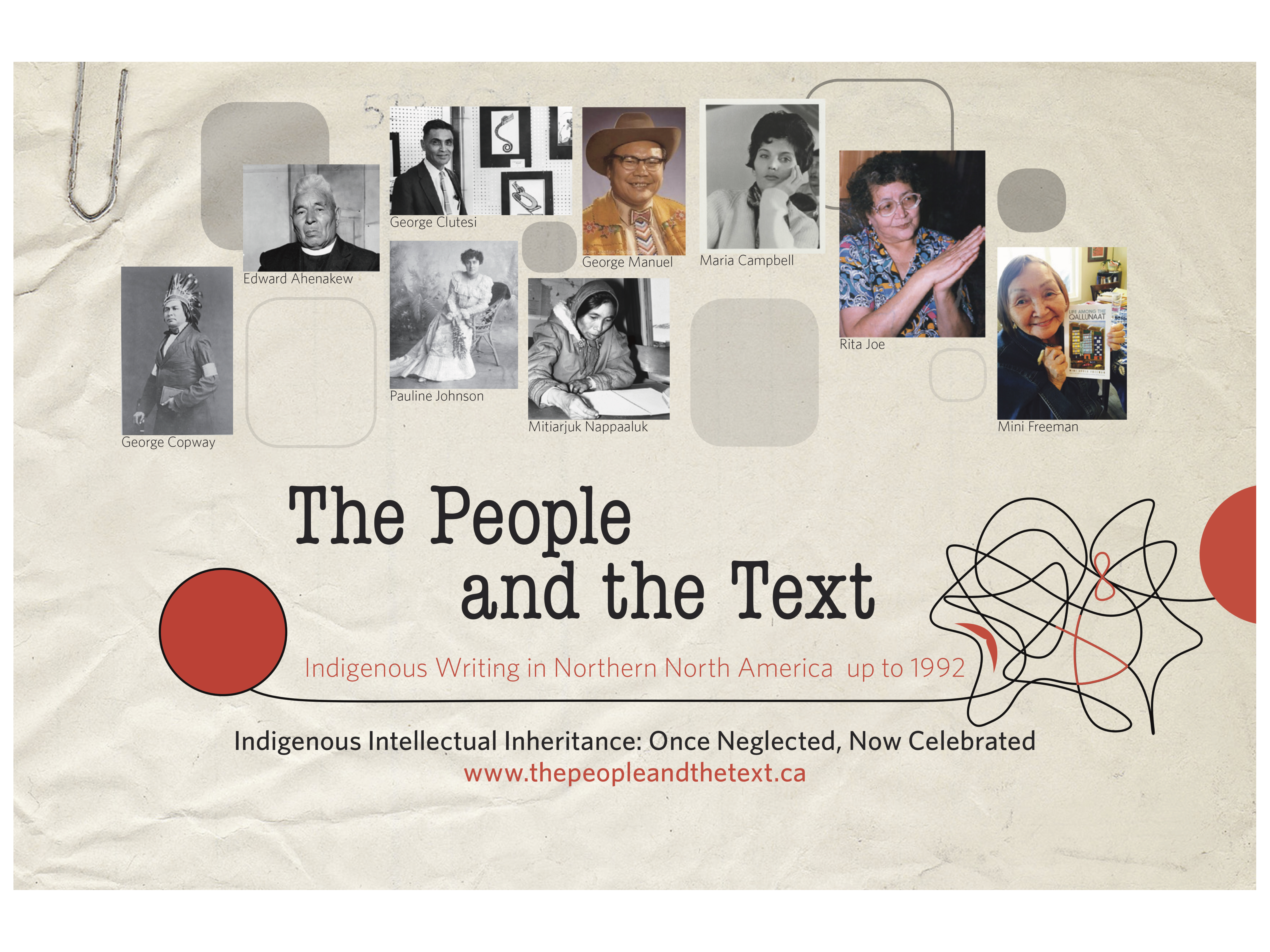